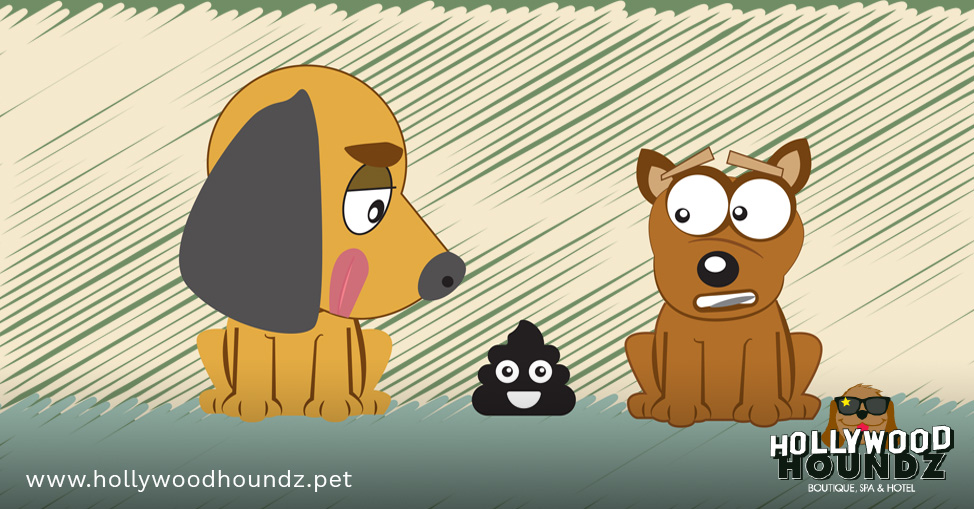 Coprophagia is the scientific word used to describe a weird behavior that some dogs present: eating poop. Dog owners frequently ask why it occurs and how to stop this behavior. Here you’ll find reasons and possible solutions to address this habit.

Studies have shown that a quarter of dogs engage in this type of behavior and over half of them that do it are chronic eaters. They concluded that the behavior derives from the fact that dogs are natural scavengers and will eat just about anything they find on the ground. This was a method through which ancestral dogs used to get and recycle nutrients to maintain good health.

Dogs have a preference for eating hardened poop. Soft or poorly formed feces are typically rejected by dogs, but poop that has been frozen by cold weather appears to be a delicacy…

Many dogs, when young, have been trained not to poop in the house, by having their nose rubbed in the mess. Then, some veterinarians observe that the feeling of shame and fear of disapproval from their owners is one reason why some dogs will clean up their mess after they have made it, before their owner can see it.

Environmental factors can play a role in the behavior of eating poop. Many dogs get stressed when left alone at home and are more likely to eat poop. Also, dogs like to eat poop to see how the owner will react. It could be its way of teasing you and getting you excited.

There are some health issues that lead to the behavior of eating poop. Dogs that have a poor diet eat poop to supplement their nutrient and calorie intake, or those who overuse antibiotics can also present this issue.

Don’t panic! There are a few things that owners can do in order to keep the dog from eating poop. One simple solution is to clean up the poop right after the dog goes to the bathroom, so that there won’t be anything left in the ground. Another possibility is to keep treats in your pocket and train your dog, so that he will come to you right after the poop and you reward him, instead of eating feces. Owners can also supplement their dog’s diet with nutrients, such as vitamin B and enzyme supplements. Another simple way is to take your dog outside on a leash until he poops. Then clean it to remove the temptation. After that, you can let your dog run free and enjoy his time.

Owners are the best observers! Pay attention to your dog’s behavior and come to discuss it with us! We would like to assist you figuring out what’s going on!